Halonen was awarded a Certificate of Appreciation 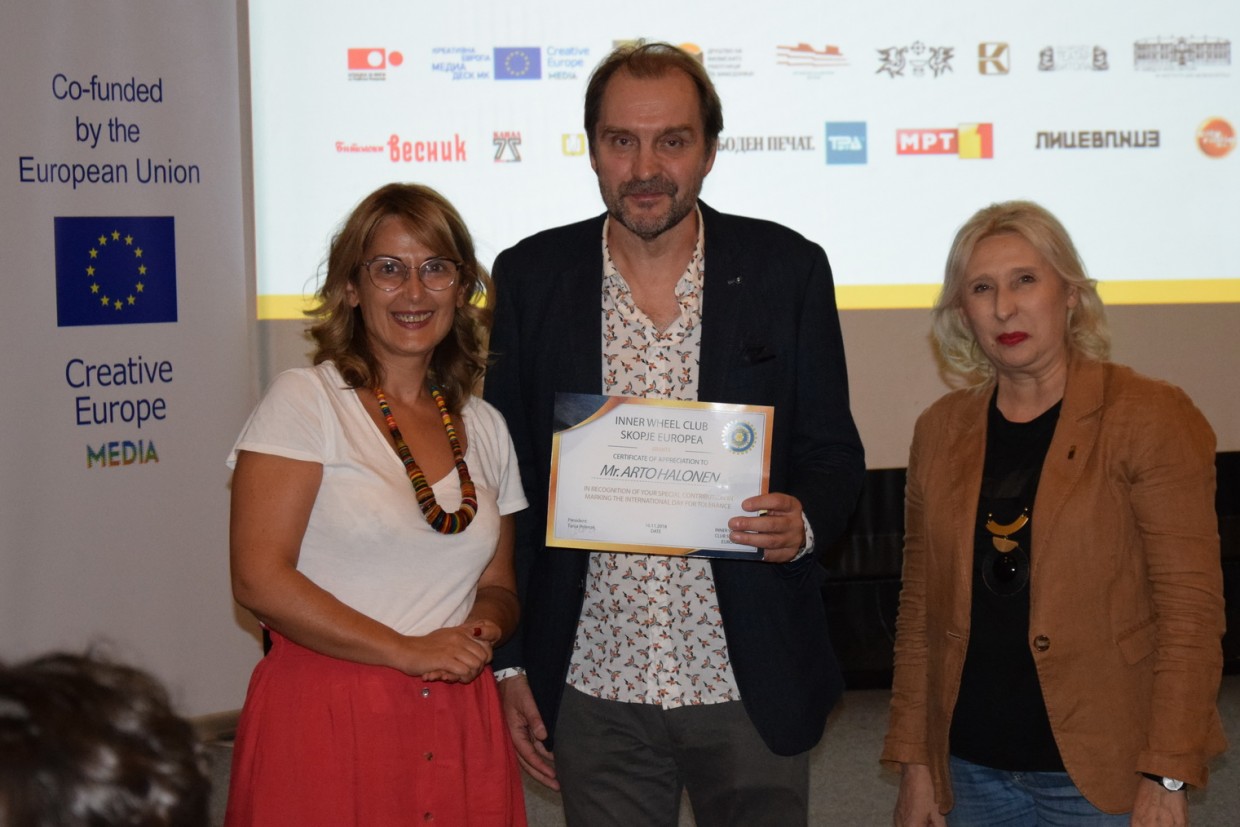 Manaki Brothers film festival and Skopje's Inner Wheel Club awarded Arto Halonen a diploma of honor for his significant work regarding tolerance. Halonen's White Rage movie has had special screenings for students in in North Macedonia, and it has furthered discussion on preventing school bullying and discrimination.

The diploma was handed to Halonen by the festival director Gena Teodosievska (on the right) and Maja Babíc (on the left) from Inner Wheel Club.